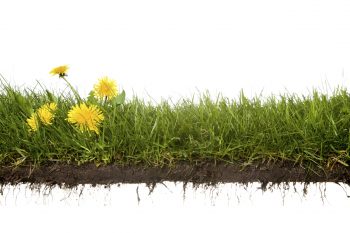 Harmful weeds can encroach upon the beauty of even the best-kept yards. Weed control can feel like a laborious chore, so it’s good to know which products are most effective. A homeowner who enjoys caring for their lawn themselves will want to understand the products they’re using, to guarantee their efficiency while protecting the health of their grass and foliage.

All weed killers work as pre-emergent or post-emergent herbicides, and some can function as both. Pre-emergent products are used as a preventative measure, whereas post-emergent treatments are effective at killing weeds that have already sprouted. Let’s take a look at some of the most common chemical compounds found in weed killers.

This pre-emergent herbicide is popular for its efficacy in killing several broadleaf weed species, such as dandelion and chickweed. It’s known to be safe and effective on common North Texas turfs like St. Augustine and Bermuda grass. Prodiamine can be applied in both Spring and Fall, and is safe to mix with fertilizers.

Commonly used as a pre-emergent treatment, this product is also effective for early post-emergent application. Oxadiazon disrupts the early growth process of developing weeds. It’s effective on weed varieties such as bramble, broadleaves, and brush vines.

This product works as both a pre- and post-emergent treatment, because it is absorbed by both the leaves and roots of the plant. Because it stops weed growth at various stages of development, it’s a popular choice for large lawns such as golf courses. Dicamba is effective on broadleaf varieties, as well as woody weeds such as poison oak.

2, 4-D (2, 4-dichlorophenoxyacetic acid) is a post-emergent herbicide that’s been in use since 1945. It’s most effective on broadleaf weeds, and works best when applied while the plant is young.

Because of its efficacy in stopping new growth, it is sometimes also classified as a pre-emergent treatment as well. 2,4-D is in a class known as phenoxy herbicides, meaning it kills weeds by promoting uncontrolled growth while leaving your grass unharmed.

This product is also a post-emergent herbicide that works well on broadleaf varieties. It’s safe for most grasses but deadly for weeds. It attacks the plant’s cellular membranes, causing the tissue to die, and tends to work a bit faster than phenoxy herbicides.

Triclopyr is another post-emergent herbicide that kills weeds by causing uncontrolled overgrowth. It works on broadleaf weeds, as well as woody weeds such as poison oak. Triclopyr is safe for your lawn, but it can take a couple of weeks to fully eradicate unwanted weeds.

MCPA works on both perennial and annual weeds, such as thistle, pea sprouts, and dock. This post-emergent treatment can be used in conjunction with other herbicides that target other types of weeds, such as 2, 4-D and dicamba. While it disrupts the protein synthesis and cellular growth of weeds, it does not have the same effect on your grass.

Choosing the right herbicide depends on what type of weeds you’re combating, and whether or not they’ve already sprouted. Click here for information on The Sod Gods weed control services.

About The Sod Gods